Salmon are at the heart of Puget Sound Tribal culture and spirituality.  Without salmon Tribes run the risk of losing their traditional teachings and stories that have been passed down from time immemorial.  Many reasons have been cited for the current condition of salmon populations but are generally summarized by what are termed “the 4 H’s”: Hatcheries, Hydropower, Habitat, and Harvest. The Fisheries program encompasses both Harvest and Hatcheries. 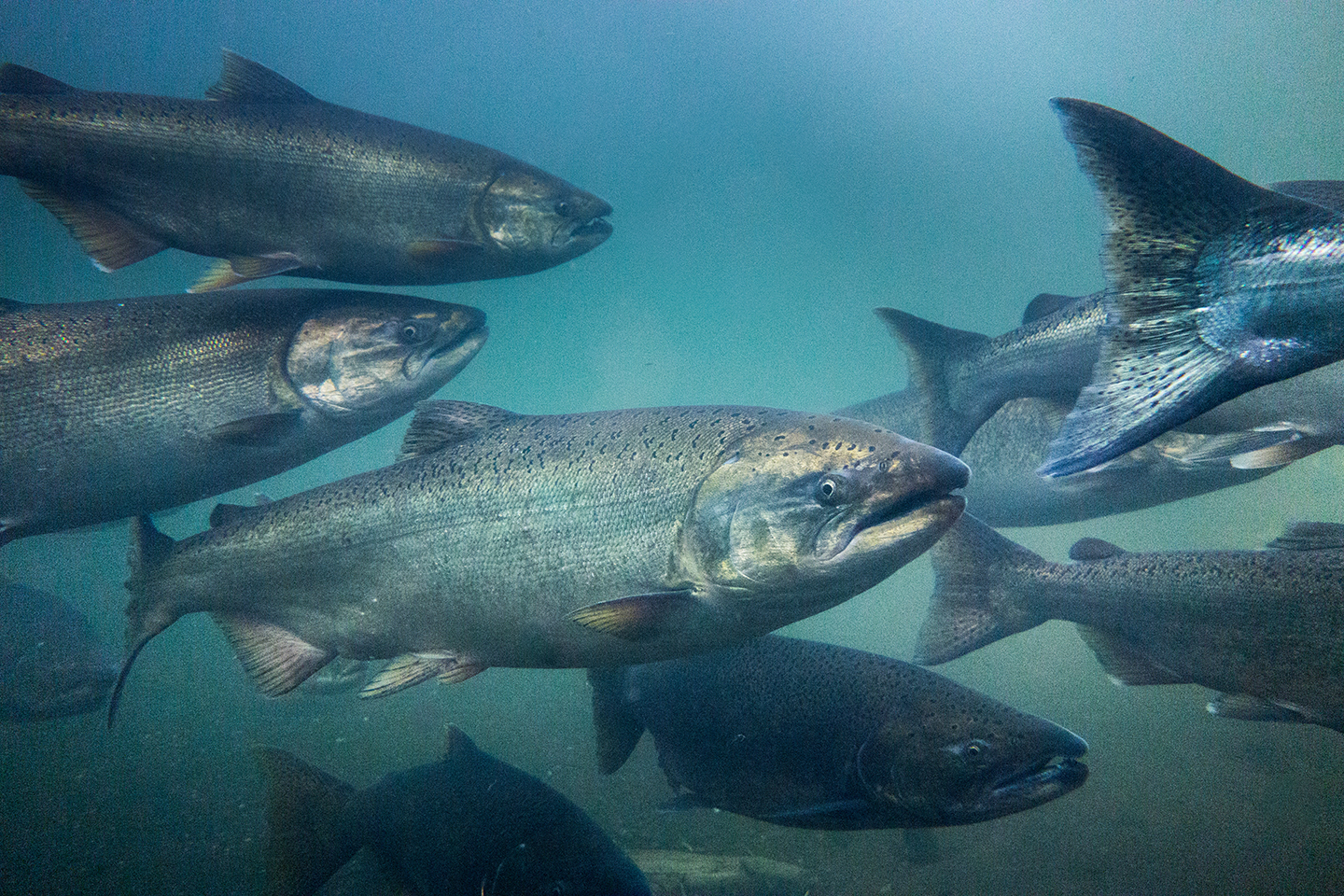 The anadromous (freshwater/saltwater migratory) lifecycle of Pacific salmon means that harvest take may occur far from the streams where fish are born.  Because of all the different stakeholders involved, a complex and extensive process of harvest management has developed to determine equitable and sustainable harvest.

The Treaty of Point Elliott (1855) promised the Indians "the right of taking fish at usual and accustomed grounds." This right was further clarified in the U.S. v. Washington (Boldt) decision (1974) that stated Indian share is 50% of harvestable surplus. As a result of the Boldt Decision, there are 3 major fisheries management forums participated in by the Stillaguamish Tribe including:

Unfortunately, populations of Stillaguamish salmon (chinook, pink, coho, chum, steelhead) have been declining for decades, reducing the number of harvestable fish for all.  The Tribe voluntarily abstained from commercially fishing on the Chinook population in the mid 1980s. Only recently ceremonial fisherman have harvested Chinook for cultural purposes.  Pink, Chum, and steelhead populations in recent years have not been of high enough abundance to sustain a harvestable share and are only offered as ceremonial and subsistence opportunities available to tribal members.  The Coho population is the only commercial opportunity provided to fishers if the abundance is sufficient to allow harvest.  All finfish species harvested by the Tribal fishers are recorded, sampled, and reported by Natural Resources staff. 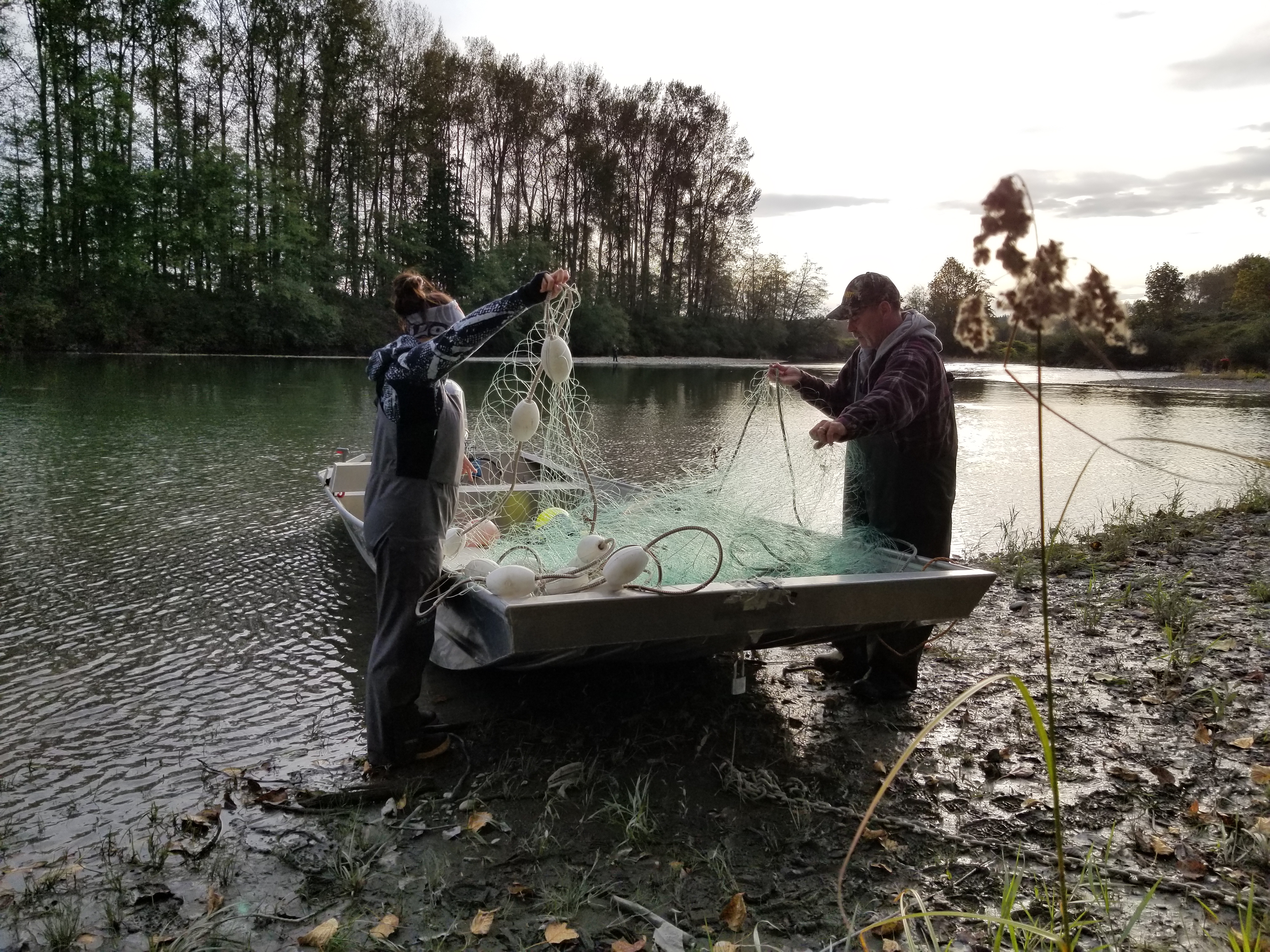 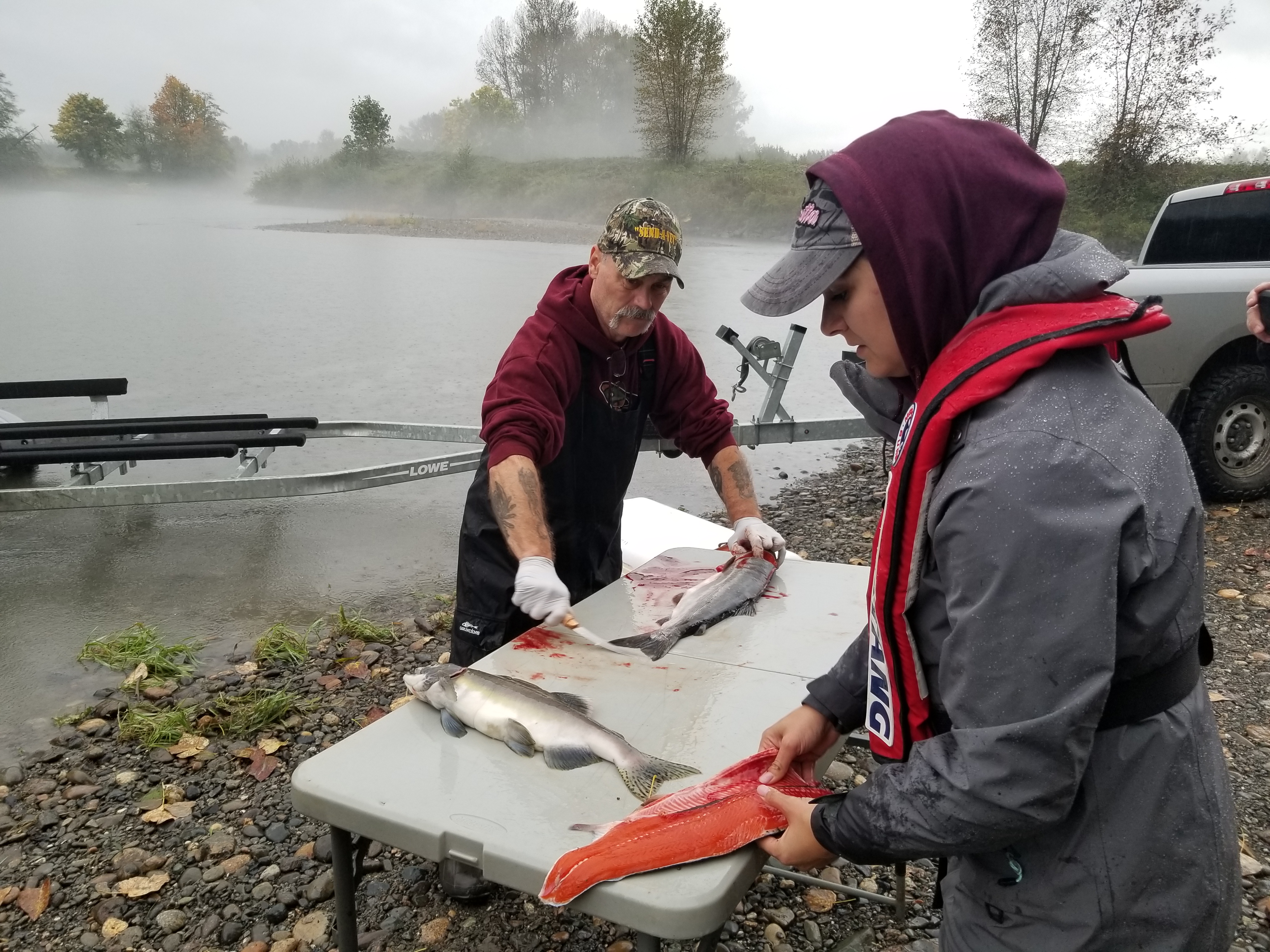 Hatcheries - Producing the Next Generation of Salmon

The Stillaguamish Tribe currently operates two hatcheries in the Stillaguamish watershed: Harvey Creek and Brenner Creek. The facilities are located on the North and South Fork respectively and are responsible for production of Stillaguamish salmon species to achieve release goals. These tribal hatchery programs are defined as “Integrated Recovery” programs, meaning that the Stillaguamish hatchery produced salmon populations are spawning with naturally spawning salmon to maintain the populations abundances.  The programs will continue until the habitat can support the natural population without hatchery intervention.  The Tribe also collaborates with the Washington Department of Fish and Wildlife, utilizing their Whitehorse Ponds facility to rear and release the summer Chinook smolts.

Hatchery Manager is Garrett Gertz and can be reached at ggertz@stillaguamish.com

Located just outside the town of Arlington, the Tribally owned and operated Harvey Creek Hatchery has been raising and releasing salmon since 1977. Current operations include Chinook (summer), Coho, and Chum. Harvey Creek Hatchery recruits adult Chinook salmon annually by seining them from the North Fork Stillaguamish. These broodstock are then transferred to Harvey Creek Hatchery in a fish transport truck at low densities, and are held and cared for at the hatchery until the fish are ready to spawn. Chinook and Coho offspring at Harvey Creek are marked as hatchery fish by having their adipose fins clipped, and tiny coded-wire tags inserted in their snout. 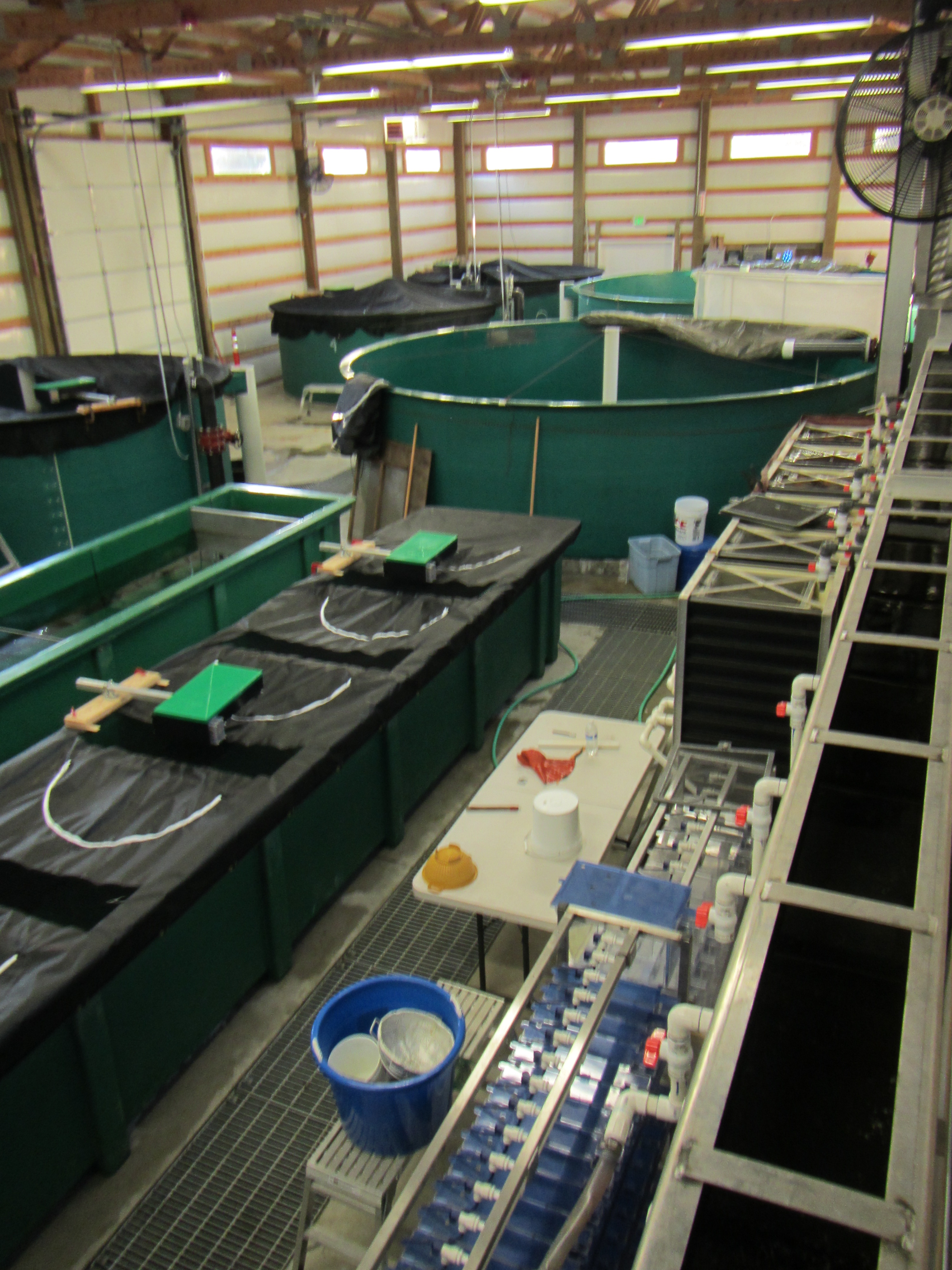 Originally built as a private trout hatchery in 1923, “Silver Fin Trout Farm” was sold by the Brenner family to the Tribe.   The Brenner Creek Hatchery is now home to the fall Chinook captive brood program. When the program began in 2007, fewer than 100 adult fall chinook were returning to the South Fork, too few to spawn at the hatchery. Since 2009, tribal natural resources staffers have been seining the South Fork of the Stillaguamish river for out-migrating juvenile Chinook. The fry live in small plastic compartments, called “fish condos,” while their DNA is tested. As the captive broodstock grow, hatchery staff separate them by size into circular tanks where they are held until they are mature enough to spawn. The first group of captive broodstock was spawned in 2013. Like the fish in the Harvey Creek program, the Brenner Creek offspring are clipped and tagged to mark them as hatchery fish. 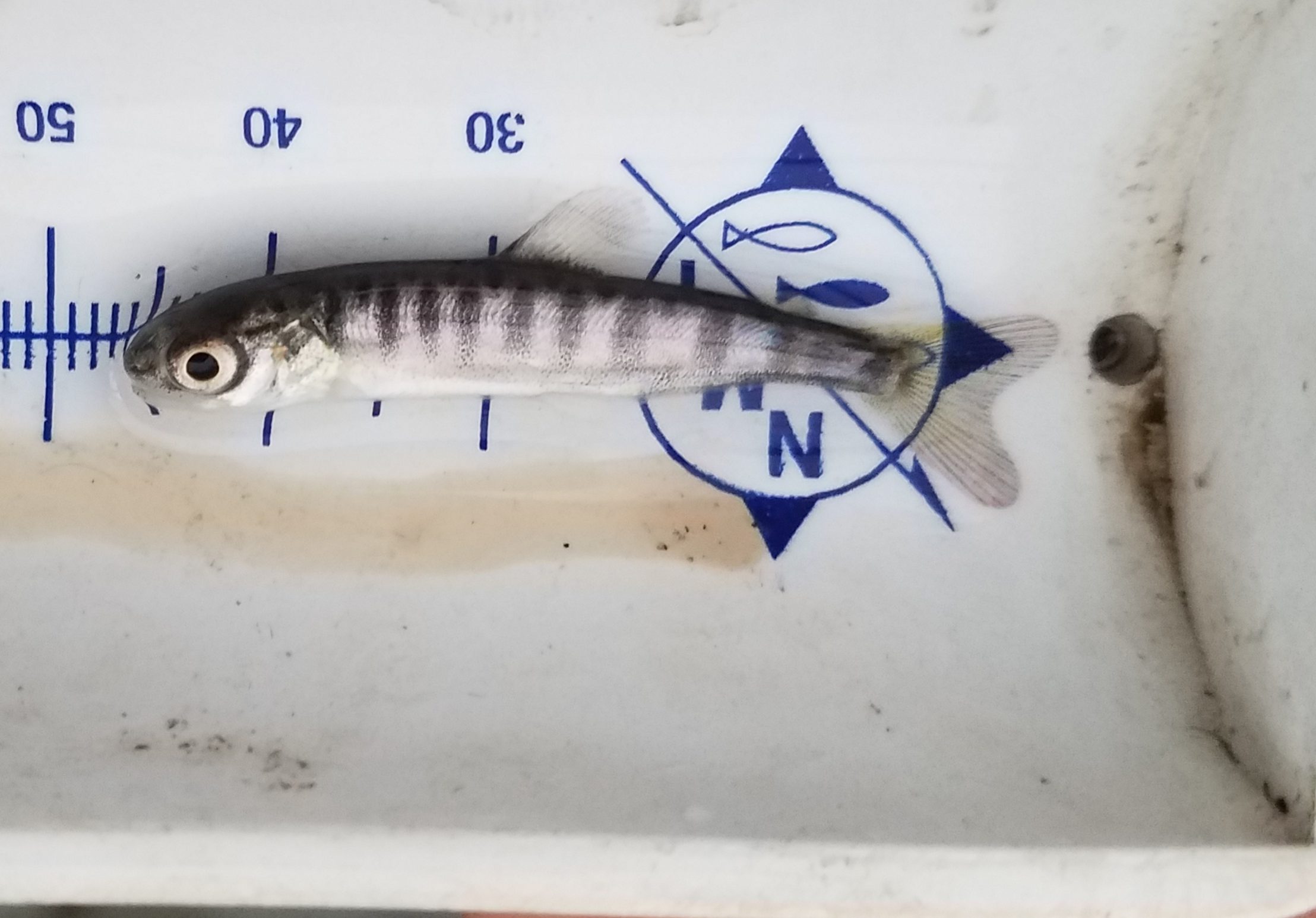 Hatchery salmon are also implanted with coded-wire tags (CWTs) that are removed from carcasses and taken back to the office for reading.  These data help inform fisheries management decisions.  The location of redds can also be a tool for determining which sections of the river are high priority for conservation/restoration. 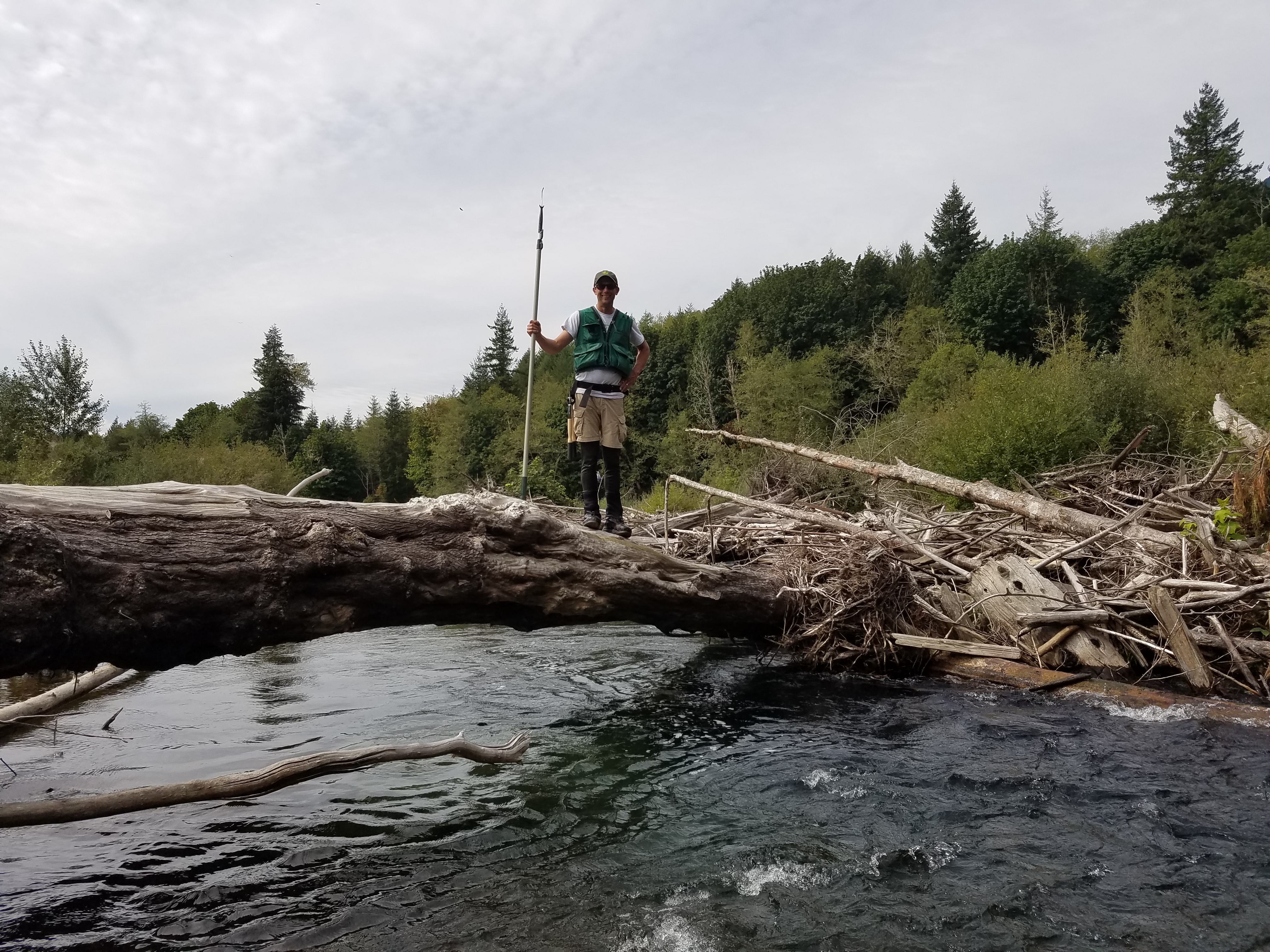 Since 2003, the smolt trap (a floating fish trap used to count juvenile salmonids) has been operating seven days a week from February through June whenever flows don’t threaten staff safety.  Outmigrating salmon flow into the trap where they can be measured, counted, and released to continue their journey to the estuary. These data are then used to calculate estimated returns.

Data collected on the Tribe’s mainstem smolt trap have directly measured the effects of peak flow events on survival of Chinook juveniles (figure below). High flows kill eggs in the gravel, and if the current trend of increasing flows continues, Chinook survival will continue to decrease. Much of the habitat work being undertaken along the river and in the estuary will be negated if Chinook don’t survive to emerge from the gravel each winter. 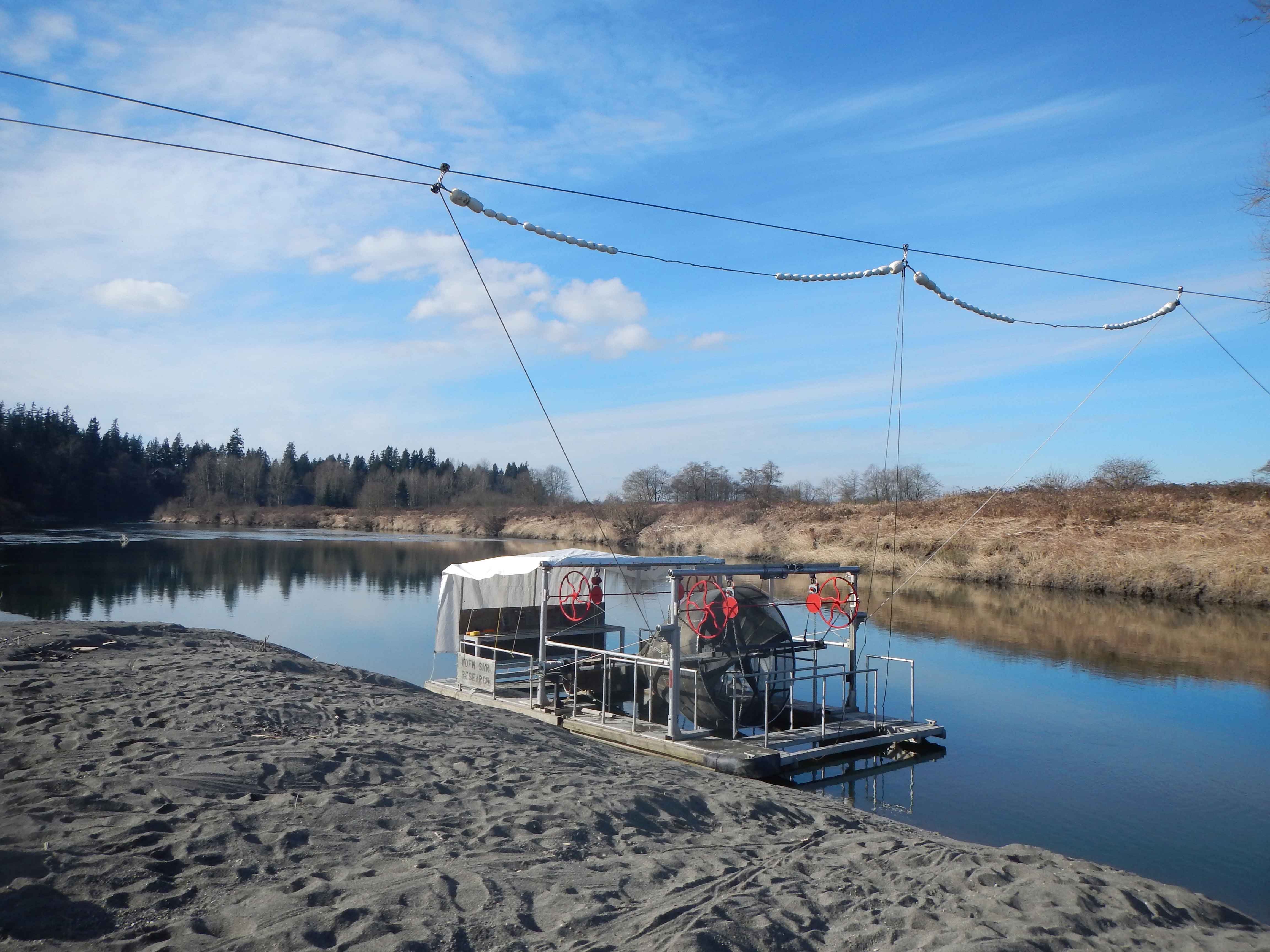 The Stillaguamish Tribe has developed the Environmental Model Predicting Adult Returns (EMPAR) for forecasting the Chinook populations that not only utilizes the stages of natural life cycle of the salmon, but also uses environmental factors such as in river flow, sea surface temperature and other variables that are known to affect adult returns.

The Coho forecast is produced using smolt outmigration estimates in relation to previous years adult returns to estimate the expected abundance.  The Chum & Pink salmon forecasts are developed by the Department of Fish & Wildlife using Area under the Curve (AUC) estimates to produced expected abundance.  These forecasts, or predictions of return, are produced annually and agreed upon by the Co-managers, which are then used to inform Puget Sound Fisheries planning during North of Falcon.

Escapement Estimates are compiled after spawning season to assess the actual return of salmon populations.  Spawning ground surveys collect the data necessary to inform these estimates, with the Chinook Populations using genetics to define the escapements at a finer level of “fall chinook” and “summer chinook”. 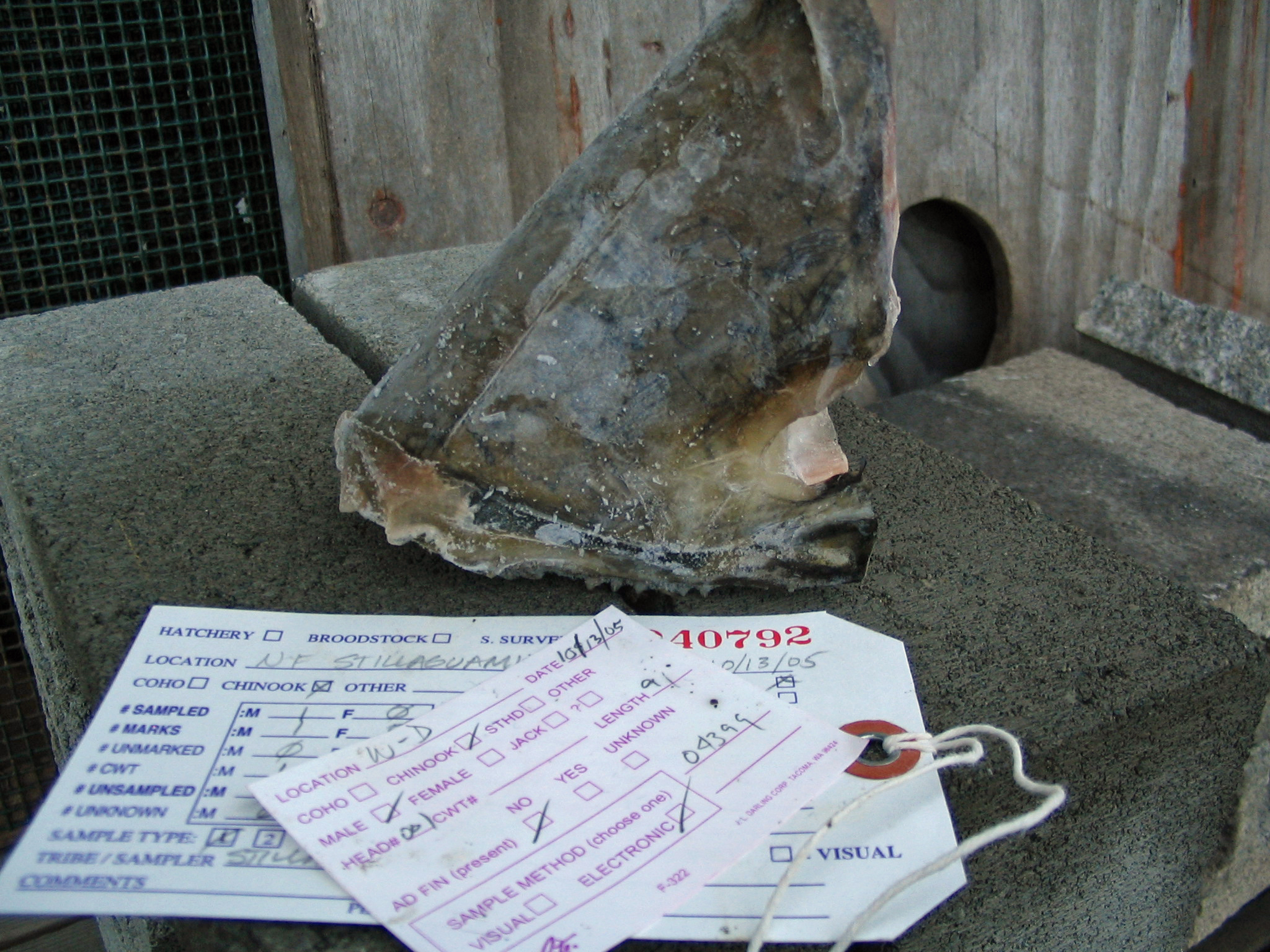